Founded in 1987 by a group of parents who believed that their children deserved a quality education alternative, the Waldorf Academy of today has grown from those early roots to include a thriving Early Childhood Centre and a respected grade school from Kindergarten to Grade 8.

Waldorf Academy Biography
In 1986 a small group of parents in the downtown area of Toronto came together inspired by a vision of a new kind of school for their children – a Waldorf school. This nucleus of parents deepened their understanding of the Waldorf philosophy through group study, lectures on Waldorf pedagogy and visits to then Toronto Waldorf School in Thornhill. The parents were joined early on by an experienced Waldorf teacher, Renate Kurth-Sutherland who became part of the founding group and later became the school’s first administrator. After an intensive search for qualified teacher and suitable premises, the Alan Howard Waldorf School opened its doors in September 1987 in a rented house at 302 Merton Street.

The founding parents named the school to commemorate the gifts of clarity of thinking, warm-hearted humanity and moral courage which Alan Howard, a long-time Waldorf teacher from England, brought to the birth of Waldorf education in Canada. He was a founding teacher of the Toronto Waldorf School, the first Waldorf school in Canada. As a much loved patron of our school, he has been an inspiration to our teachers. Alan Howard addressed the school community at its official opening in 1987 and continued to visit the school on a regular basis until illness prevented travelling.

The first class of the school was a kindergarten led by Barbara Sparling, Diana Miklos and Carmen Arvizu. There were 27 children in the initial kindergarten class and Mrs. Sparling lived at the back of the building, sharing her kitchen with the class.
The second year a nursery program and a grade one were added. This grade one class went on to become the first grade eight class to graduate from the school. In 1989 an additional building was rented to house the nursery and two kindergartens, as well as the grade one and two classes.

With the rapid growth of enrollment, a search was begun for a permanent home for the school. In 1990 the school purchased an old Victorian house at 228 St. George Street, just north of the University of Toronto and in the heart of mid-town Toronto. At the time it was anticipated that this property would house the school for many years to come. The building was purchased at the height of the real estate boom in Toronto with loans and gifts of over one million dollars from founding families. The next few years were difficult financially and, although enrollment grew steadily and a new class was added each year, the school was heavily in debt and the faculty and Board constantly juggled cash flow crisis with parents lending the school additional monies. In addition, Julyan and Cawthra Mulock, well-known anthroposophists in the Toronto community, generously lent and then gave the school a substantial sum of money.

In spite of financial difficulties, the faculty expanded with an additional class teacher each year, specialty teachers for French and German and a full-time Eurythmist who was hired in 1993. Eurythmy and gym space was rented in nearby facilities and one of the kindergartens was moved out in 1994 to an adjacent street to make room for a grade school class and a woodworking room.

It had become obvious that the St. George property was too small to house the school on a long-term basis and a property search was undertaken by the Board of Trustees. Many properties were examined over a period of three years and finally in 1995, the current property at 250 Madison Avenue was purchased. The school was able to sell property on St. George Street for an advantageous amount which covered both the purchase price and renovations to the current building. On the last day in June, 1995 the whole school community walked out of the St. George property, down the street four or five blocks to the new property on Madison Avenue, and blessed the new school, laying a “treasure box of wishes” within the walls.

Since then, the school has enjoyed steady growth and the present facility at 250 Madison Avenue now encompasses a Childcare Centre on Spadina Rd. The Childcare Centre was opened in the fall of 2008. In September 2010 Alan Howard Waldorf School changed its name to Waldorf Academy.

“Ever since Plato’s time, a true academy has been a place where learning and teaching are treated as an art and wisdom is understood to be the deeper purpose of knowledge.” 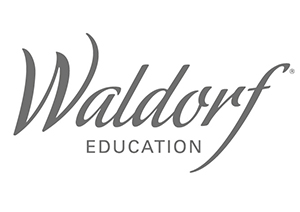