When Should Your Children Begin Learning A Musical Instrument? 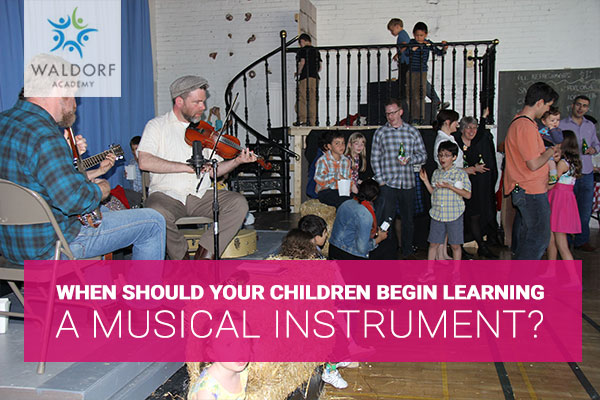 You’ve heard enrolling your child to learn to play an instrument can have beneficial effects on their growth and development.

You see the neighbour’s gifted kids getting a solo in the school talent show and think “my kid is just as smart and talented, they can learn to do this too.”

And then your best friend cautions “oh no, my parents forced me to learn the piano and now I hate it”.

So what is the right approach?

When should you enroll your child in music lessons?

Here at Waldorf Academy, an elementary private school in Toronto, we’ve put together this article for you with some tips for introducing instruments and a love of music to your child.

What Does The Science Say?

In a 2013 study published in the Journal of Neuroscience, researchers Steele, Bailey, Zattore, and Penhune looked at how training during a sensitive period in brain development would affect brain structure and behaviour compared with training that occurred later in life.

They took a look at musicians, since musical training often starts early in life and can be quantified, making it an excellent model.

They found that children who were trained as musicians before age 7 had greater connectivity in certain parts of their brain, and they had greater motor synchronization.

So not only can music be a rewarding hobby or even future career, those kids who never take a look at their guitar or piano again still gain the cognitive benefits of musical training.

Push Your Child Or Let It Happen Naturally?

So you know if your child learns an instrument at an early age, it will have beneficial effects on their growth and development, but what if your child hates it?

Should you force them to continue, or give-in and move on to another activity?

It’s not so black-and-white.

Forcing a child to take lessons they don’t enjoy or to play an instrument they aren’t drawn to can cause them undue stress, and increase the production of cortisol which can damage the brain as it develops.

If they aren’t enjoying the lessons, consider trying a new music school or a different teacher.

If the choice of instrument wasn’t the right fit, perhaps there is something else they would enjoy more.

Some children gravitate toward string instruments for its versatility, while others appreciate the piano for its simple layout, and still others prefer the percussive force of pounding on a drum kit.

This is where instrument rental services can be valuable – rather than investing in an expensive dust collector, your child can try it for a few weeks or months to see if they like it.

There is probably a music program your child will enjoy, it’s simply a matter of finding the right fit.

It’s important as a parent to recognize every child is different, and will progress musically at a different pace.

Comparing to other children in your school or neighbourhood, or even comparing a child’s progress against that of their siblings is often asking for disappointment.

If you go into music lessons recognizing and respecting that every child learns differently you are less likely to experience disappointment if things don’t work out as you hoped.

Instead of expecting your child to become a prodigy, allow them to develop their talents the way they need to.

This will create a more rewarding experience for them.

When starting music lessons for your child, know what to expect based on their age, and set goals accordingly.

Here are some guidelines for what to expect from exposure to music at different ages. 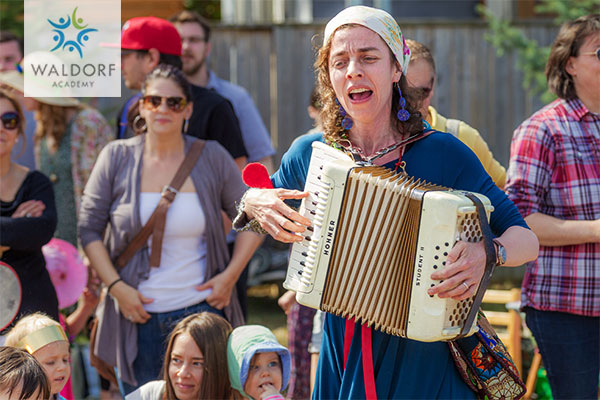 Music Lessons For One Year Olds

Parents can create an appreciation for music in young children by immersing them in musical environments.

By singing to your child, holding them while you dance and sway, and introducing them to rhythmic movement from a young age you are setting them up for a lifetime of musical appreciation.

At age three, you can start looking into taking your child to parent-and-tot music classes.

The purpose of these isn’t about turning your three-year-old into the next Tori Amos (who taught herself to play the piano at the age of two) but to teach them to recognize melodies, count beats, and learn about different types of musical instruments.

With the right foundation, most children are ready to start formal music lessons by age five.

The goal is to increase their understanding of music, not necessarily to be the best performer.

Common instruments that children at this age begin to learn are the piano or the violin but don’t shy away from less conventional instruments if your child shows interest.

Although children are usually enthusiastic when they first start playing their instrument, it’s not uncommon for them to begin experiencing a real antipathy as they realize how difficult it is to read music and make more than an awkward squeak or chirp from their instrument.

This is a critical point in their musical education, and it’s also an important life lesson.

If your child can muster the determination to overcome these difficulties, though, they will have learned an important life lesson in the value of perseverance.

Music Lessons At Ten And Up

By age ten, your child will have a solid familiarity with their chosen instrument.

They will also have the physical strength required to try a larger instrument if they so desire.

The goal of lessons around this age will start to focus more on performance and improving ability.

Rudolf Steiner, upon whose work and educational philosophy Waldorf Schools are based, developed a series of lectures on the importance of music.

Steiner followed many ideas from German philosopher Schopenhauer, who held music to a level higher than other art forms, and believed music is the expression of the will of nature.

Steiner believed humans are musical beings, and making music is an essential part of what it means to be human.

Do you want your child to grow up with a well-rounded education, not just in music but in many other areas as well?

Contact us at Waldorf Academy to learn more about our approach to teaching, and why we’re a great alternative to public schools.