What Is A Lunar Eclipse 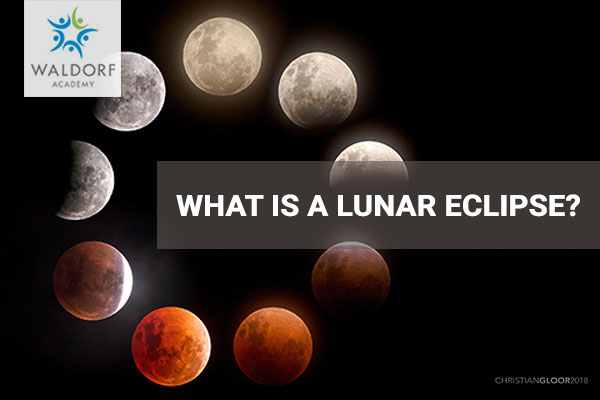 \We’ve all heard of lunar and solar eclipses.

But what exactly is happening in the sky when we witness these celestial events?

And how does this connect us to the greater world around us, and to each other?

Here at Waldorf Academy, a

Keep reading to find out more.

What Is A Lunar Eclipse?

A lunar eclipse occurs when the moon, sun, and earth are in direct alignment with each other.

The earth passing between the sun and moon causes the earth’s shadow to be cast on the moon, which is what causes the moon to appear “blacked out” – or in other words, eclipsed.

The next lunar eclipse is happening January 20th to 21st, and will be visible here in Toronto.

Let’s look at some eclipse facts, and get you and your child ready to view this amazing event.

Best Place To View The Eclipse

The January 2019 lunar eclipse will be visible from within the city of Toronto, however for the best viewing experience you might want to consider getting out of the city, where light pollution from artificial city lights will not have an impact on the view.

If you can’t get out of the city, sometimes local institutions such as the University of Toronto host “viewing parties” so keep your eyes peeled for an announcement regarding any local events.

Safety When Viewing A Lunar Eclipse

You may have heard about people who bought special glasses or created pinhole cameras to watch a solar eclipse, but did you know you don’t need anything special to watch a lunar eclipse?

Because a lunar eclipse is when the earth’s shadow is cast on the moon, observing it means that you are not looking directly at the sun at any given point.

During a solar eclipse however, it is the moon which passes between the earth and the sun, causing the sun to appear darkened or “blacked out”.

This means that viewing a solar eclipse without eye protection can cause damage, as it essentially would involve staring directly at the sun.

Viewing a lunar eclipse however, is perfectly safe, as you are never looking directly at the sun.

In a world so full of change, one of the few things that remain entirely untouched by human development and modern life is the night sky. Here in the city, some of that is choked off by light pollution, but by stepping outside of the city we can appreciate the sky in much the same way people have been for as long as we’ve been human beings, and almost certainly longer.

Although January weather can be bitter cold, spending time with your children outdoors gazing up at the sky can provide a bonding experience that can inspire a life-long fascination with the natural world.

Books can help foster your child’s imagination and fascination with the subject as well. In particular, we recommend The Kids Book Of The Night Sky, written by authors Jane Drake and Anne Love, and illustrated by Heather Collins, all Torontonian.

Using a sky chart, you and your children can play a game of “Night Sky I Spy” and pick out the various stars, constellations, and even planets.

Fun Lunar Eclipse Facts To Share With Your Children

Trying to get your children excited about watching the eclipse?

Aside from the promise of allowing them to stay up past their bedtime to watch the event, here are some fun eclipse facts that they can share with their friends: 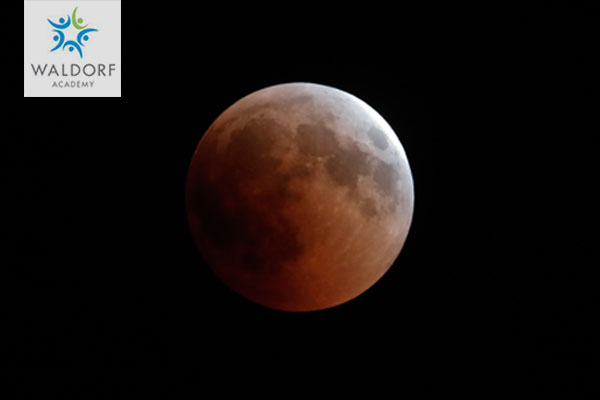 1. There Are Three Types Of Lunar Eclipses

A penumbral lunar eclipse is when the moon passes through the Earth’s penumbral cone.

What this means is only the outer shadow of the Earth falls on the face of the moon, making it subtle and harder to observe.

2. The Next Full Lunar Eclipse Is More Than 2 Years Away

Although partial and penumbral eclipses are more common events, total lunar eclipses are less common, and may not be fully visible, as this will depend on where on the planet you are viewing from.

This can make such an event more exciting – your children will understand that not only are they viewing a spectacular event, they’re viewing one that won’t happen again. In a world where we’re used to having whatever we want whenever we want at our fingertips, a limited event like this can help bring us back to the moment.

After all, anything on a screen will still be there later, but the lunar eclipse won’t be.

3. There Are Eclipses On Other Planets, Too

Earth is not the only planet which can experience eclipses, but there’s something unique about ours compared with the rest of the Solar System.

If someone were living on Mars, they would experience what we call a partial eclipse when one of the moons of Mars (Phobos and Deimos) passes directly in front of the Sun.

Because these moons are so small (most astronomers assume they are stray asteroids), an eclipse of Phobos or Deimos wouldn’t be very exciting.

At the same time, if you were on Pluto, the Sun wouldn’t look much larger than a small dot in the sky, so when Pluto’s moon Charon passed in front of it, it would also be a total eclipse. This, too, wouldn’t be very exciting.

But because Earth’s Moon is about the same size in the sky as the Sun, the Moon can cover the Sun in the sky. And because the Sun’s shadow is larger than the Moon, it can block out the Moon entirely as well.

This beautiful spectacle occurs nowhere else in the Solar System than our home here on Earth.

If your child is curious and excited about learning about things like lunar eclipses, and you are considering an alternative approach to their education to help fuel their curiosity in the world than consider a Waldorf Education.

For more information about how a Waldorf Education can benefit your child, contact us today to set up a meeting.