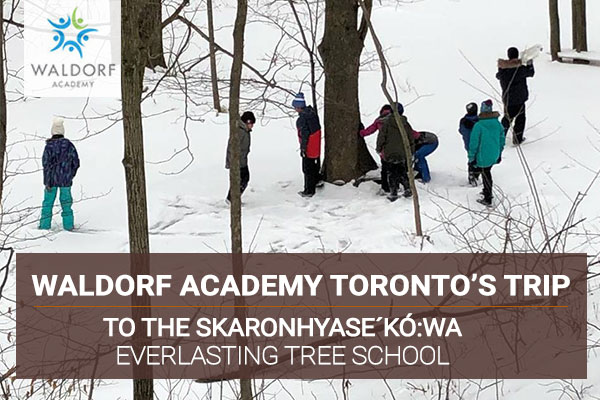 Waldorf Academy is a Toronto private school that provides an alternate – but proven – education to children with the goal of turning out mature, considerate global citizens by the end of their time with us.

For the past six years, Everlasting Tree School has been doing the same thing, and so we founded a partnership with them that will allow our students to benefit from their knowledge.

What Is The Everlasting Tree School?

The Everlasting Tree School was founded in 2010 by a group of teachers and parents who were looking for a more holistic education for their children – one that incorporated learning a potentially dying language.

After more than a decade of research into developing the right program, it was decided to adopt the same system as the Toronto Waldorf school.

It aligned perfectly with their desire to return to the roots of the land and give the children an active and experiential relationship with learning.

In English, we often refer to them as Mohawk, based on a sort of colonial game of telephone. When Dutch settlers first met a neighbouring tribe of the Kanyen’kehà:ka who spoke Algonquin, they referred to the Kanyen’kehà:ka as Maw Unk Lin, or “bear people”. The Dutch wrote this down as “Mohawk”.

An Iroquoian people, their language is known as Kanyen’keha, and it is one of the few languages indigenous to North America that is now growing in use, thanks in part to the work of the Everlasting Tree School.

Kanyen’keha is a polysynthetic language, which means that the words often consist of combinations of other words, making it a very descriptive language.

Unlike English, Kanyen’keha doesn’t contain labial sounds (sounds that require either partial or complete closing of the lips), and so the language doesn’t use the letters b, f, m, p, or v, for example. 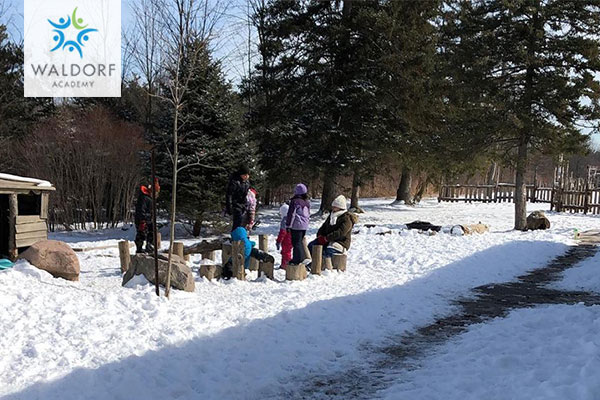 Waldorf Academy Students And The School

Our Grade 4 students are very excited to be embarking on this trip to visit a classroom that is both very similar to theirs yet one that has very different roots.

As part of the Waldorf education’s centennial celebration, the Waldorf Academy in Toronto is one of the many schools that is engaging in social or environmental impact projects throughout 2019 and 2020.

The goal of the celebration is to work to improve connectedness between regions, communities and nations in order, and the projects that have and will launch are wonderfully varied.

Part of preparing to journey to the Everlasting Tree School was to learn some of the language so that they could properly greet each other, introduce themselves, and pronounce Mohawk names properly.

Language is a foundational reason for the school, because the indigenous languages are precariously close to extinction – in some dialects, there are only a very small handful of people still speaking them.

At the Everlasting Tree School, the students are taught the language, which they use throughout their days. This way, they become fluent and are able to pass the language down to their children one day, and the language is saved for another generation.

If hearing about the Waldorf School’s project to visit the Everlasting Tree School has piqued your interest, then perhaps you’d enjoy a tour of our school to hear more.

This trip is only one of the many unusual and wonderful learning tools we leverage to give your child a superior education.

Contact Waldorf Academy now, and see for yourself what makes us so special.