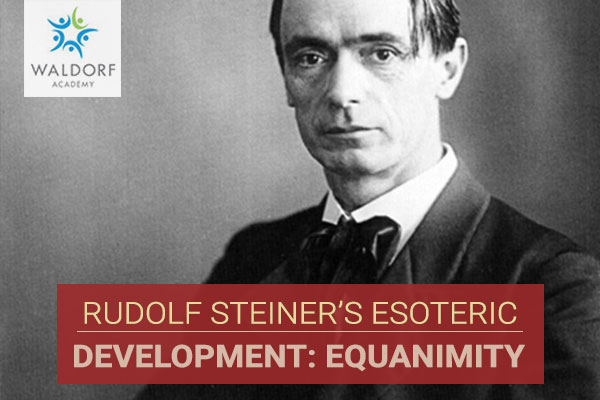 The ideas of Rudolf Steiner, an Austrian philosopher from the turn of the last century, are what guide the learning environment here Waldorf Academy Toronto. One of these includes his theory of esoteric development.

In earlier articles, we covered the first two steps: control of thought and control of will; the next is equanimity.

Who Was Rudolf Steiner?

As Carl Jung commented, “Even a happy life cannot be without a measure of darkness, and the word ‘happy’ would lose its meaning if it were not balanced by sadness. It is far better to take things as they come along, with patience and equanimity.”

Rudolf Steiner lived this, and never faltered in his vision, despite failing on many occasions.

Waldorf schools around the world put on a play every year, and this stems from a tradition started by Rudolf Steiner back in 1907.

His first play was at the annual convention for the Theosophical Society, with distinguished guests from every Western nation in attendance.

The play that he put on included untalented volunteers and was deemed a flop; as were the paintings that had been commissioned, and several other aspects of the event.

With the convention a failure, Rudolf Steiner merely recognized that it was time to separate his group from theirs; he established himself on his own terms and under a new name – to very great later acclaim.

Equanimity is a state of mind in which one is even-minded, non-judgmental, unbiased, calm, and stable.

People who display equanimity don’t judge, repress or deny any thoughts or emotions they have that might be unpleasant.

Pleasant thoughts are similarly absorbed “as-is” – without being caught up in the allure or the addictive quality of these pleasing feelings.

In a 2015 study, researchers set out to establish that people who practice mindfulness and meditation exhibited greater equanimity as one of the many side-benefits.

The study notes that for Buddhists, the term “equanimity […] at its heart is the word for ‘eye’ and ‘see’, with a prefix suggesting ‘gazing upon’ or observing without interference.”

And in setting up the parameters of the study, they considered Buddhism as the paragon of mindfulness and equanimity, using their definitions as guidelines for the results. 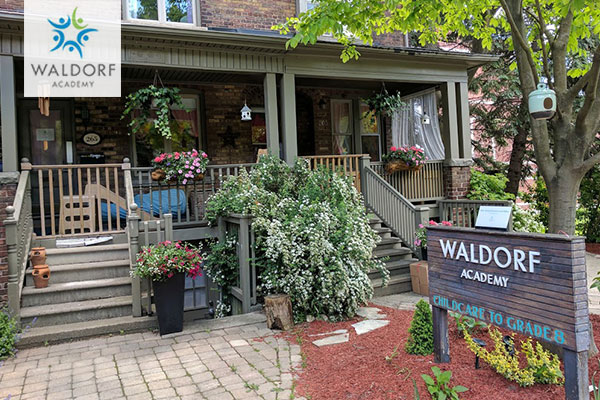 The researchers of that study also noted that Buddhism is clear that while mindfulness and equanimity are closely related, they have separate distinctions, because they each use a different quality of mind in having the experience.

For example: mindfulness reflects the conscious awareness of what is occurring; equanimity allows this awareness to be unbiased and non-reactive.

Aspects of equanimity have a couple of different nuances, but one of them describes it as a “mental state or trait that is not easily achieved and typically requires some form of practice.”

Buddhist books describe it as a balanced reaction to the ups and downs of life, which protects you against emotional agitation and pain, or even lack thereof.

One of their applications of equanimity is to find detachment without indifference; one can and should care about the outcome and experience feelings about that outcome, and yet one needs not let it rattle them to their core.

The Toronto Waldorf school believes very strongly that Rudolf Steiner’s theories are still relevant today, perhaps even more than ever.

Students, staff and faculty will practice the exercises recommended in his writings, and enjoy the benefits, including equanimity.

The exercise for this step involves striving for a balanced mood, rather than choosing to get upset, pick a fight, wallow in being annoyed, or thrive in self-pity.

If negative emotions occur, there should be no judgment attached to the feeling of it – it is neither good nor bad to feel self-pity, rage, annoyance or fear, unless we wish to deny the legitimacy of our own feelings.

Instead, these should be quietly felt and accepted, embraced for what they are; however, we are also invited to maintain our composure in order to find our inner tranquility.

This same composure should be maintained during times of great joy, pleasure and excitement – this is what allows us to have true integrity in our equanimity.

If this sounds like something you’ve either experienced or wanted to experience, you’ll understand why we consider this so important to the development of our students.

Contact Waldorf Academy Toronto to set up your appointment with us.

Our community is extremely warm, and parents are as welcome to practice Steiner’s theories as the students.